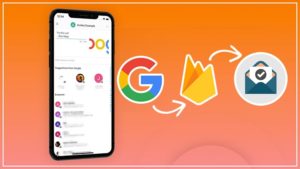 Finally, You’ll Have a Step-By-Step Plan For Turning YOUR APP Into…

There was a time when having an app published on the App Store was enough, but today (if you actually want to generate free, targeted traffic to download your app) you need to do more.

So how do you do it?

How do you build a “machine” that turns your existing app users into advocates that market, share and actually make your app viral?

Fortunately, that’s exactly what you’re about to learn…

I’m not going to sell you on the importance of why an app needs to be viral.

If you’re here, you already know it’s an essential aspect of any app business strategy, because when your app is viral:

In other words, a viral app delivers downloads, leads and customers for free: The lifeblood of any business.

So that’s why app businesses need apps that go viral.

That’s where you come in.

What You’ll Learn In This Course

This course is an eyeopener. It simplifies what was previously a complex and confusing web of tactics into a clear set of actionable strategies. With Firebase App Invites your app will get that boost it has been longing for.

Design Patterns in C# and .NET